nofollow
back to www.cracked.com
Save 90% On The Unlimited Learning Bundle Ft. Rosetta Stone
Give $10, Get $10
Get $1 credit for every $25 spent!
Ending In:
View similar items
$89
47% off
Ending In:
add to waitlist 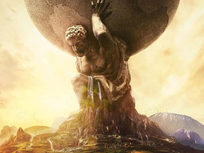 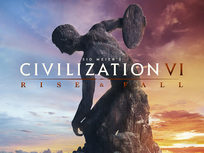 Dare to Defy the World in This Award-Winning Strategy Game

Sid Meier's Civilization needs little introduction, but the newest entry to the saga offers entirely new ways to engage with your world. The turn-based strategy franchise has sold over 35 million units worldwide since its creation, creating an enormous community of players attempting to build an empire to stand the test of time. Advance your civilization from the Stone Age to the Information Age by waging war, conducting diplomacy, advancing your culture, and going head to head with history's greatest leaders. There are five ways to achieve victory in Civilization VI. Which will you choose?

Chances are you need a great gaming headset to go with your new world. Our customer-favorite g933 is worth a look.

Sid Meier's Civilization has always been a game of choices, but your decisions carry even more weight in this expansion. With the loyalty of your citizens on the line, the borders of the world are in constant flux as free cities emerge and neighboring empires compete for their allegiance. Lead your empire successfully, and you can send it into a prosperous Golden Age, but reckless decisions can send you into a Dark Age and spell swift defeat.